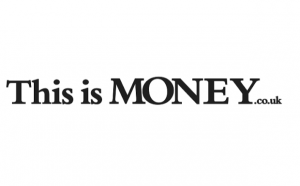 Publication: This Is Money
2nd March 2020

A scheme to help small businesses turned down by banks borrow from peer-to-peer and alternative finance firms has proved ‘underwhelming’ and needs an overhaul, say experts.

The Government-backed Bank Referral Scheme was launched in November 2016 and requires the UK’s biggest banks to refer small and medium-sized businesses they turn down for finance to a platform, to help facilitate alternative funding.

It was introduced in response to data that showed SMEs that were rejected funding by their bank tended to give up rather than seek alternative options to grow their business. But recent reports show this still seems to be an issue.

In a 2018 report, the Federation of Small Businesses (FSB) said progress was being made thanks to the scheme but few referred businesses were actually going on to be successful in their applications.

Why are companies being rejected by the banks?

Currently, there are three platforms which banks refer SMEs they have refused funding to: Alternative Business Funding, Funding Options and Funding Xchange.

They are, in turn, required to anonymously share their details with alternative finance providers, helping to facilitate a conversation between the business and any provider who expresses an interest in supplying finance to them.

The platform determines which type of funding might be a good match for an individual business, and there are countless options, from pension-led funding to invoice financing and merchant funding.

Between November 2016 and July 2019, around 30,000 SMEs were declined funding. But why are these companies being rejected in the first place?

Katrin Herrling, chief executive of Funding Xchange said some of those rejected businesses are often looking for a small amount of credit and many banks prefer to focus on higher value lending.

‘Furthermore, banks built their credit models in the 1970s when the typical company was eight years old and had a pretty steady trading record, growing at two to three per cent per year,’ she said.

‘But that is not the profile of the typical company that makes today’s economy. Most companies haven't even been around for four years. If a bank doesn't feel they can fund until two submissions on Companies House, then 35 to 40 per cent of businesses fall outside of what banks consider fundable.’

As a result, younger companies with only a two to three-year trading record are often being rejected.

Herrling also cited a bias towards particular sectors as a reason for increasing bank declines, as well as a ‘progressively more cautious credit policy’.

She added: Only 14 per cent of companies accessing Funding Xchange through the scheme in early 2018 had a financial profile that suggested “viable demand” where the provision of responsible lending was possible.

‘This increased to 20 per cent in 2019. Some of this may be due to the banks not wishing to have a concentration in any one business sector, which has seen them rejecting applications notwithstanding their quality. Nonetheless, these businesses have been rejected.’

Read the original article on This Is Money