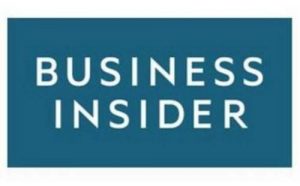 The BCR aims to distribute the Royal Bank of Scotland’s £775 million ($995.5 billion) grant in separate rounds known aspools, a condition from its 2008 state bailout, to promote innovation in business banking. The partnership is bidding for Pool E, which consists of £100 million ($122.8 million).

If accepted into the scheme, Enterprise Nation will use the funds to integrate Funding Xchange’splatforminto a new online finance portal, providing SMBs with access to its learning tools and network of over 10,000 business advisors, in addition to financing options from challenger banks and alternate lenders.

The BCR has had mixed success so far, with some banks failing to use the funds despite being accepted into the scheme, while fintechs Starling and Tide have successfully innovated their business banking solutions.

Metro Bank and Nationwide had to return their BCR funds due to recent setbacks.The BCR’s £100 million ($122.8 million) Pool E consists of the two £50 million ($61 million) funds firstawardedto and then returned by Metro Bank and Nationwide. Access to the BCR was supposed to help these banks enhance their SMB services, keeping a competitive edge over fintechs also vying to fulfill SMBs’ banking needs. But Metro Bank’s £130.8 milion ($160.6 million) pre-tax losscausedit to scale back its plans to open stores in Northern England, where it was supposed to distribute the £50 million ($61 million) fund. Nationwide, meanwhile,decidedthat the business banking market was no longer commercially viable for its operations. Meanwhile, Starling and Tide experienced strong user growth following their access to the BCR — andTide’slatest bid for Pool Ecould spell trouble for Xchange and Enterprise Nation. Starling and Tide were alreadyawardedprevious chunks of the BCR funds:£100 million($122.8 million) and£60 million($73.6 million), respectively, last year. These funds helped the neobanks experience significant growth: Starling went from51,000business customers in 2019 to155,000business accounts in 2020, and now holds a 2.6% share of the UK’s SMB banking market with almost £500 million ($613.7 million) of SMB lending on its balance sheet. Meanwhile, Tide went from60,000business customers when it first got the BCR to more than100,000by the end of 2019, and it accounts for 1.75% of the banking market. And Tide’s bid for Pool E could set the Funding Xchange-Enterprise Nation partnership’s planned online portal launch back, as its acceptance for previous pools could make it a shoo-in for this one as well.If the firms are awarded the funds, the partnership will likely find success since their proposed portal should facilitate SMBs’ access to financing. The new finance portal would supplementFunding Xchange’sexisting online tools to ease SMBs’ access to financing.Back in April, Funding Xchangelauncheda loan eligibility checker in partnership with credit bureau Experian for SMBs to more easily determine whether they meet lending criteria under the Coronavirus Business Interruption Loan Scheme (CBILS), streamlining their funding efforts amid the coronavirus pandemic. In addition, the alt lender is set tointroduceits Credit-as-a-Service platform, accelerating banks’ and lenders’ access to borrowers. The portal would close the credit gap caused by the government scheme’s requirements and bank delays.Over 40,000 SMBs have been left out of the CBILS because they don’t meet its requirements,perPeer2Peer Finance News. At the same time, many UK banks arestrugglingto process loans in time because they can’t keep up with the demand from businesses hit by the pandemic, leading to widespread customer dissatisfaction:HSBC, for example, is under fierce criticism for its handling of the Bounce Back Loans Scheme. The partnership’s proposed online finance portal would greatly facilitate SMBs’ access to financing by leveraging Funding Xchange’s lending platform and Enterprise Nation’s large group of advisors, helping mitigate the effects of the pandemic and closing this credit gap.